Tokyo has the biggest quilt show in Japan, but many of the fabrics in those quilts start out somewhere else. Home to the bulk of the Japanese cotton trade for the past 300 years, Osaka is where next year’s trends are designed and next season’s designs are sold.

In 2016 my husband and I decided to take the plunge and move into the wholesale business. Our retail shop online is chugging along nicely and growing at a steady pace, but it felt like time to expand. This has opened up opportunities for me to visit companies where some of my favorite fabrics are produced, which has been quite an experience.

Those masks are helpful as all the tiny fibers can be a bit much to breathe. I started sneezing as soon as I entered the showroom. 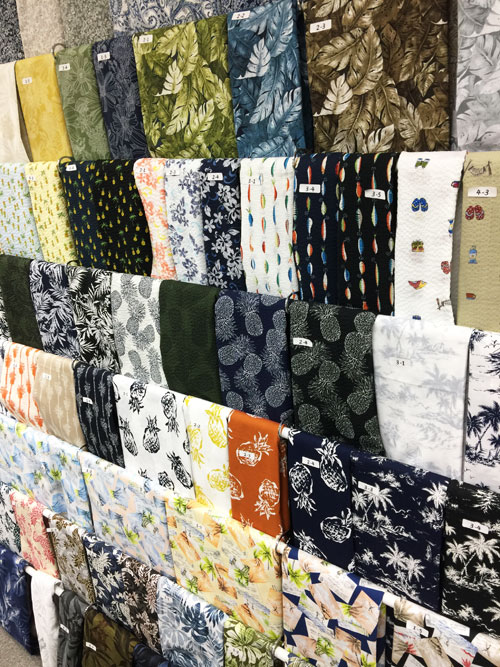 Beyond fabric, I met with a thread and yarn manufacturer. Yes, it looks like we are moving into knitting and crochet territory, which makes my daughter happy. She isn’t much of a quilter.

Walking back to my hotel after a meeting one afternoon, I found Chouette, an owl cafe. One of several owl cafes in Japan, Chouette offers patrons an hour with the owls and includes a soft drink and photo with admission.

The cafe was scrupulously clean, as the attendants cleaned up any owl droppings within a minute. Guests are given rules to follow, such as sanitizing hands and keeping voices low. It was a nice way to spend the afternoon as it’s rare to spend time so close to these magnificent birds, but I found it rather sad for the owls. 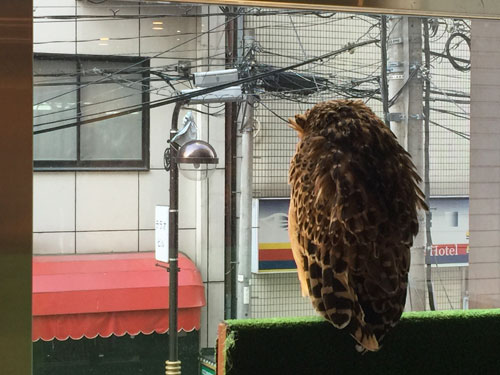 Covered shopping arcade streets in Osaka are a good way to get from one part of town to another, and I often used them to avoid busy street traffic, rain, or having to walk dark city streets at night. Pedestrians only, please. No cars, no bicycles. Keep to the left and nobody gets hurt. 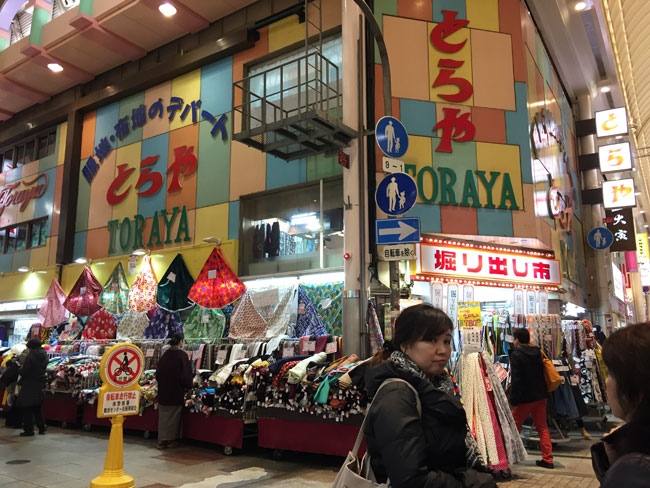 Similar to American malls in that they are filled with shops and restaurants, these arcades are more practical in that you actually go somewhere rather than just walking in circles. Instead of acres of parking lots, there are subway stations and bus stops.

The arcades break now and then to cross major intersections or bridges, then pick up again, sometimes as a different arcade.

Bright and festive, this area was filled with Chinese and Taiwanese visitors in town for Chinese New Year. I had to dodge a lot of selfie sticks as families crowded around, herding children and hauling shopping bags. 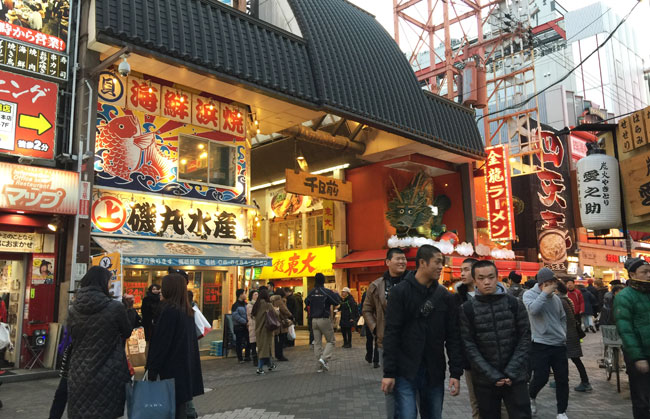 Outside of these arterial streets, narrow alleys run like veins through the city, overhung with tangles of electrical wires and spattered with graffiti.

Some streets exude charm similar to Kyoto, which isn’t too far away from Osaka. There are plenty of traditional restaurants and bars in the area. 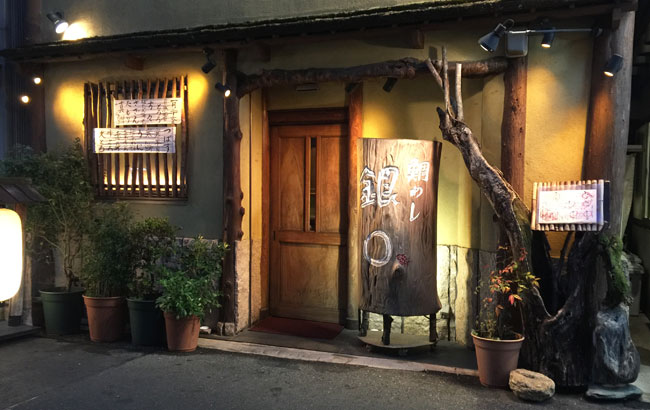 Beautiful as it was, I noticed more rubbish on sidewalks and more homeless people in Osaka than I’ve seen in any other Japanese cities so far. It surprised me.

Next up, a day in Nara, historic city of temples and shrines. And fire.