So many things are going on at once it’s hard to keep up.

My daughter is pregnant, which is exciting. She and her fiance are moving in with us because we happen to live in the part of the US with the highest cost of living, and they don’t have a lot of other options. It’s all good, though. We have a big enough house, and I’ll get to spend time with my first grandchild (shortly after I turn 44!) which is pretty cool.

My son is home, back from his tournament in Germany. While they didn’t win the tournament, he learned a lot about the industry he’s in, got to meet his teammates face to face, and had an interesting experience.

Here he is, front and center. 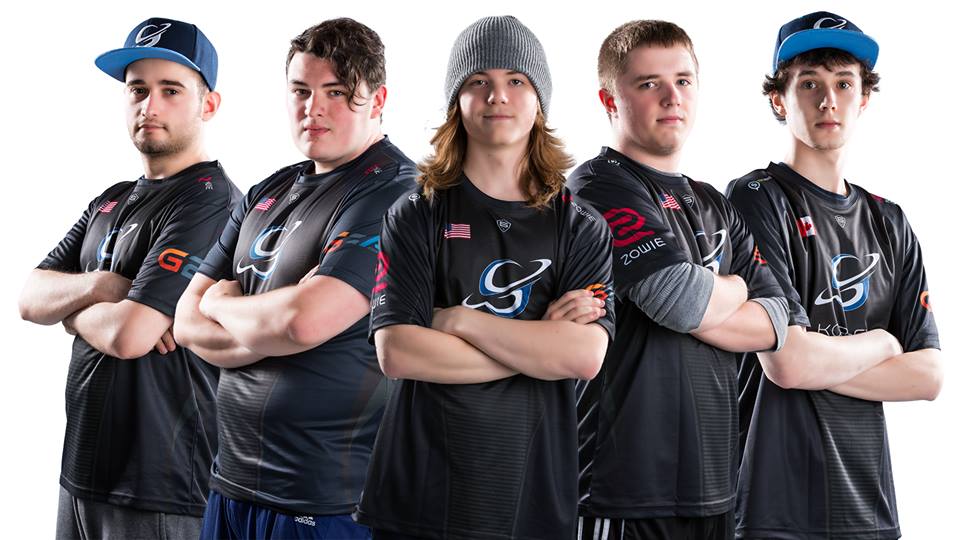 Between my daughter’s facial piercings and tattoos, and my son’s long hair and pro gaming career, you can tell we aren’t the average US family. We’re a little weird.

And here I am, working from an office in my house, in a room filled to the brim with bolts of fabric. Every week Thomas asks if we should install more shelving, and I vacillate because it seems crazy to admit we have that much inventory. But we do.

Yesterday I ordered business cards in Japanese to hand out on my trip. It took a few days to work out proper translations, but I think they’ll be ok. I hope so. A first impression is very important, and in Japan I already stand out just by being blonde and American. I’ve been cracking down on my language studies, hoping I will be able to have at least a very basic conversation with people while I’m there. Fortunately several of the people I’ll be meeting with already speak English, but I don’t want to take that for granted. 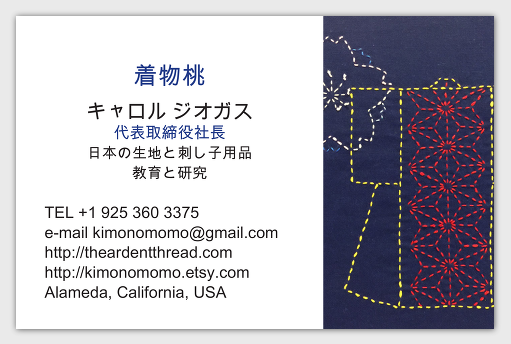 It looks like I’ll be in Kyoto for several days more than I had originally planned, so if you have suggestions of places to visit, let me know. I’m really looking forward to that leg of the journey.

In the meantime, I’ll be listing more new fabrics, sashiko kits from Olympus, and other bits and bobs we have in the studio, including some vintage fabrics.

How are your Spring Sashiko Challenge projects coming along? I still have some available, but not for much longer!