I did not intend to end up here.

Shinjuku is like Times Square and the Las Vegas Strip rolled into one, but crammed into one of the world’s largest cities and built without realistic building codes or much space.

It is a little crazy. More than a little. It feels like craziness compressed.

The decision to come to Shinjuku was made with haste as I ran to catch train #3 out of 4 (one local express, two Shinkansen, and one subway) for the day on my trip back north from Beppu (別府市) in Oita prefecture on the southern island of Kyushu to Tokyo.

A business contact who had helped me with reserving hotels in Tokyo had booked a place for me, but the reservation was for the 11th and my plans had changed. It was only the 8th. I hurriedly checked a booking website and found the name of a hotel I’d visited on a previous trip to Tokyo. Hooray for something familiar! Only I didn’t notice the district was different… not Ginza as I had thought, but Shinjuku. 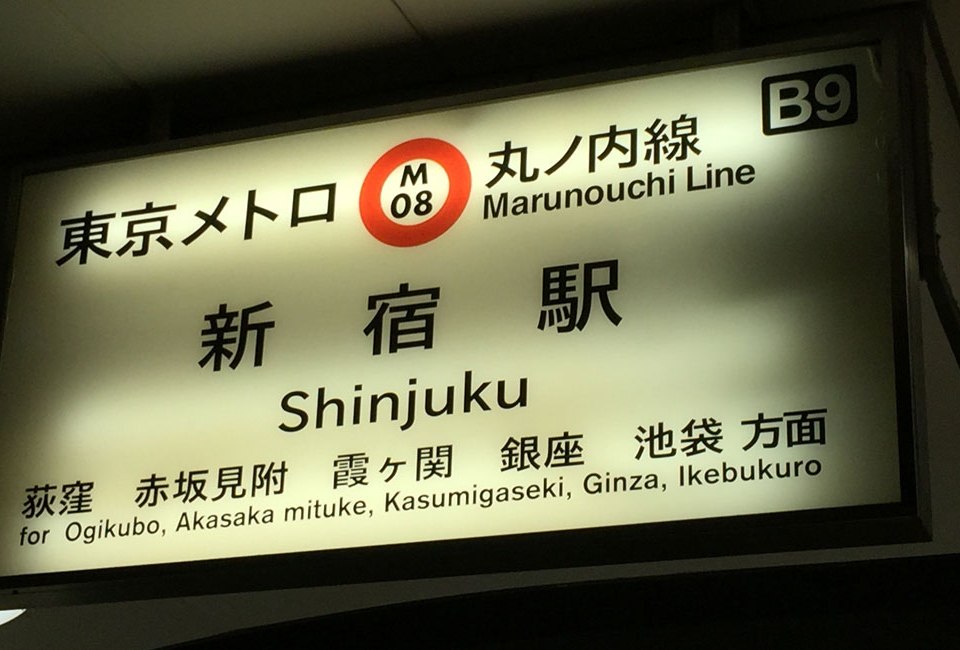 Ginza is high class, sedate, genteel. Shinjuku is in your face, loud, and neon. 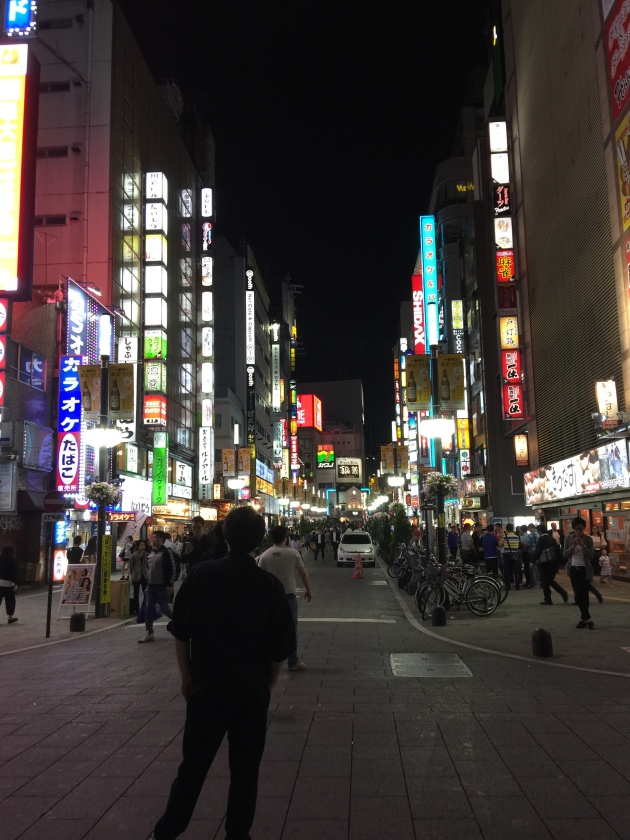 Dragging my luggage through crowds of young, adventurous tourists and the hucksters who prey on them, I eventually located my hotel and checked in. In the open air patio across from the lobby stood the giant head of Godzilla. Because… Shinjuku.

Upstairs I found the biggest hotel room I’d seen in ages, including a massive (by Japanese standards) bathroom. I peeled off my sweat-soaked clothes, turned on the air conditioner, and flopped onto the bed. An hour later I woke up, brushed my teeth, and turned off the lights.

And so began my three day venture into this interesting corner of Tokyo.

The next morning I had an appointment to meet the woman many refer to reverently as “Kuroha san”, a teacher and quilter of some renown, author of many books on sewing, and owner of a tiny shop in a quieter neighborhood of Tokyo. More on that later as she deserves her own post, not tangled up in this one.

My guide for the day was a representative of a company from which I order Japanese notions, and he seemed surprised to find me in the center of the craziness. After my interview with Kuroha san, my guide suggested I check out Okadaya, a fabric and costume supply store two blocks from my hotel. Overwhelmed by all the bright lights and noise of my new neighborhood, I had completely missed this little gem. Once I found my way there, I spent a few hours touring each floor, skipped the ones I wasn’t interested in (wigs and makeup are not my thing) and dove deep into the floors that interested me the most.

Okadaya exists in two separate buildings, basement to upper floors, with each floor specializing in something different. Ever wonder how Tokyo cosplayers can make such amazing costumes? Okadaya is an amazing resource. 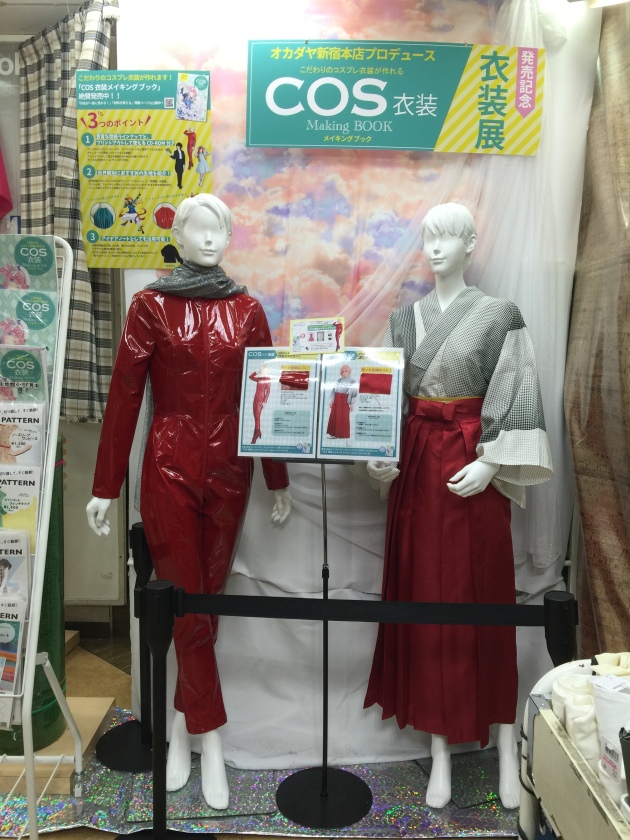 If you’re visiting from outside of Japan, I highly suggest taking advantage of their Step Up Member’s Club. For ¥200 (around $2 US) for the digital membership and ¥500 for a physical membership card, you get 5% off all purchases in the store. Each floor has its own checkout, and I used the card several times. Add to that the option to claim duty free (many large stores offer this for certain items purchased where total value is over ¥5,000–about $50 US) and you’re getting a pretty good deal. The card has other benefits over the year, but even if you only plan to use it for a short visit and you buy as much as I did, it’s worth it. My membership certainly paid for itself. 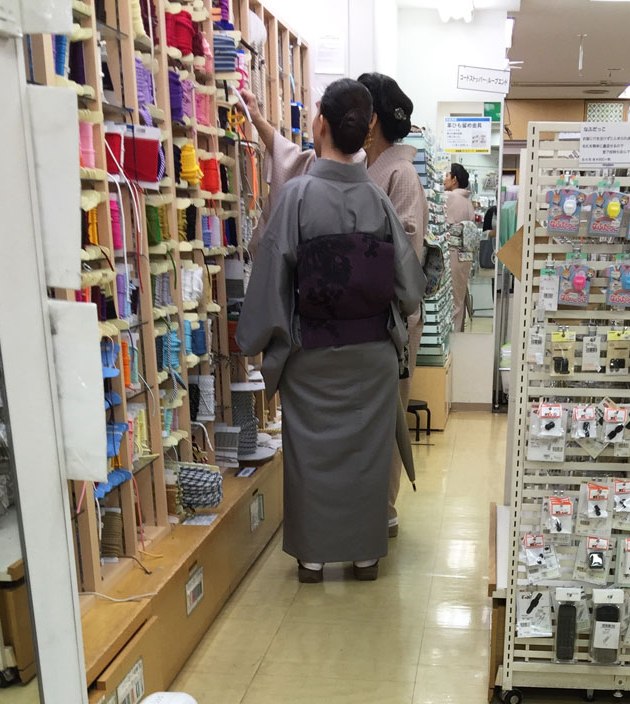 Arts and crafts are my thing, but so is eating, and that is where things got really overwhelming. There are a few alleys where bar/restaurants are wedged into the narrowest, tiniest spaces possible, and each radiates both the smell of delicious food and its own special style. They are also littered with tourists, but that is to be expected. 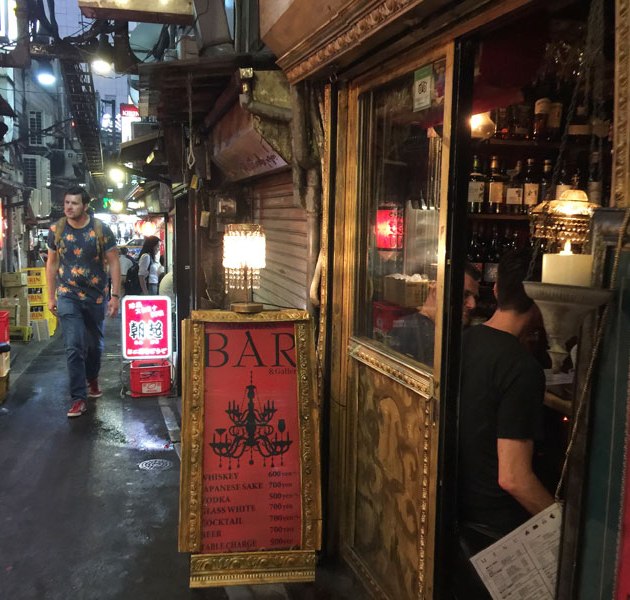 However, if you’re too shy to step up and order something you can’t read off a menu and won’t recognize once it arrives on your plate, there are always the restaurant floors at the local shopping malls and train stations. These tend to be more relaxed, less compact, and easier to work with if you’re like me and like to spread out and take notes about your day. Many places even have menus in English, which is convenient when your Japanese language skills are still fairly basic or nonexistent.

After those three wild days in the neon jungle, it was time to bid Godzilla adieu and head out to quieter parts. I lugged my suitcase back onto the subway and made my way to Nihonbashi (日本橋), Meguro (目黒区), and Asakusa (浅草).